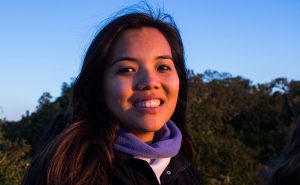 Improving the way human beings interact with machines has been an increasingly concern in industry and academia. As new technologies are created, new means of interaction are necessary to make the user experience more fluid and transparent. Moreover, usability has been a key concept for the design of new interfaces and reformulation of old ones. Since it deals directly with data input and output, the Human Computer Interaction (HCI) can be combined with other specialties such as image recognition for facial detection and artificial intelligence for the creation of intelligent interfaces. The multidisciplinarity of HCI can also be extended to other areas of knowledge, such as ergonomics, occupational therapy, psychology, sociology and others. In this lecture, PhD. Raíza presents the works she developed during her doctorate, focusing on the particularities and challenges in the gaze-based typing scenario, and during her post-doctorate, where she studied the relationship between different hardware settings and the speed of the mouse when displayed on the screen. Besides that, she will give a general vision of HCI, the main vehicles for the dissemination of the area, and her experience in different research groups where she passed (ICMC-USP, University of Toronto, IME-USP and Inria).